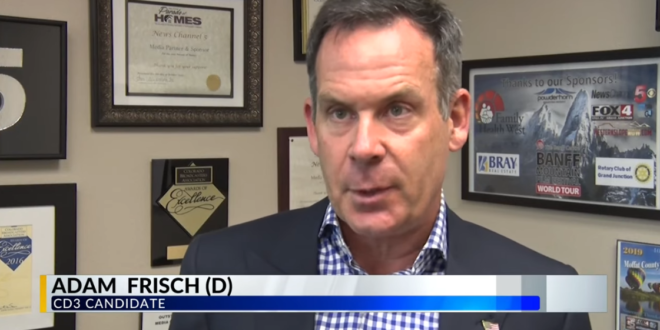 The razor-thin race that kept Colorado’s 3rd Congressional District on its toes for more than a week has reached an end. Democratic challenger Adam Frisch has conceded to incumbent Republican Lauren Boebert.

In a short press conference via Zoom on Friday morning, the Aspen councilman announced that he had conceded the election via a phone call to Rep. Boebert after thanking his supporters for a historically close campaign. “Only a quarter of our district is registered Democrats,” said Frisch.

Frisch stated that while a recount will still likely be automatically triggered, “The likelihood of this recount changing more than a handful of votes is very small.”

Unofficially, the race is over.

But officially, a few things have to happen before incumbent U.S. Rep. Lauren Boebert is certified as the winner of her first reelection bid in Colorado’s 3rd Congressional District.https://t.co/GZQLyEk7LI

Frisch called Boebert on Friday morning to concede the race.

He made his announcement as the final votes in the race trickled in.