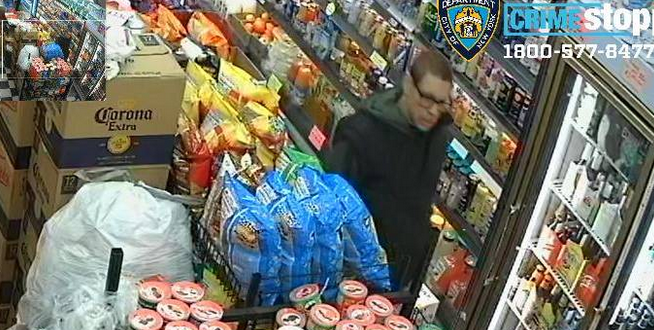 Arrest Made In Smashed Windows At NYC Gay Bar

Sean Kuilan, a 34-year-old Hell’s Kitchen resident, was taken into custody Tuesday on charges of criminal mischief, reckless endangerment, and criminal possession of a weapon.

Police said that Kuilan threw a brick or a rock at the window of VERS, a gay bar on 9th Avenue, on three separate occasions since last Sunday.

The most recent attack came around 10 p.m. on Saturday night. Security footage showed an individual approaching the bar, throwing what the NYPD said was a heavy rock in full view of several pedestrians, then casually walking off.

Read the full article. Video of one of the incidents is below.

🚨ARREST- Criminal Mischief🚨
Sean Kuilan (34) of Manhattan was arrested after a tip from the community led investigators to him. Our Warrants Squad then made a swift apprehension. We thank all the upstanders and conscionable New Yorkers involved.https://t.co/yj4FAhPLPW

#ARRESTED | A man accused of throwing a brick at the window of a gay bar in New York City has been arrested, police said.

Previous Kevin McCarthy: Under My Rule The US House Will Start With Prayer Every Day (As Has Been Done Since 1789)
Next Favre Under New Scrutiny In Mississippi Welfare Case