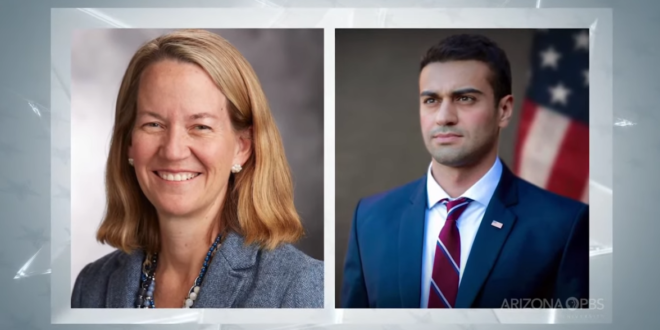 Almost two weeks after Election Day, the results were final in the race for Arizona attorney general after Maricopa County updated the tally with its last ballots. Democrat Kris Mayes led Republican Abe Hamadeh by 510 votes.

The unofficial vote count was final, but the counting wasn’t done. With no outstanding ballots remaining, the race will go to a recount next month. “We knew this race would be close. The polls showed us that. And we know we have a recount ahead,” Mayes said in a statement to The Republic.

Hamadeh told The Republic in a statement: “We’re not done fighting and we are optimistic the recount will further expose the gross incompetence and mismanagement by Maricopa County officials that disenfranchised and silenced the voices of so many Arizona voters.”

Read the full article. In case that last sentence above wasn’t a clue, Hamadeh is just another Kari Lake-style election-denying cultist.