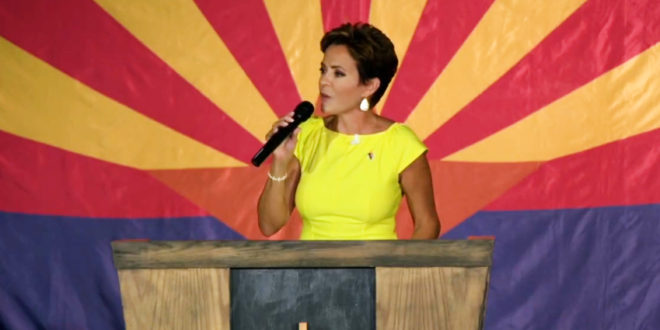 Arizona gubernatorial candidates Katie Hobbs (D) and Kari Lake (R) are in a deadlock among likely voters ahead of next month’s election, according to a new poll from CBS News’s Battleground Tracker and YouGov published on Wednesday.

The poll found the candidates tied at 49 percent support. Fifty-four percent of respondents said they like how Hobbs, Arizona’s current secretary of state, handles herself personally, while 46 percent of those surveyed said they do not.

By comparison, 45 percent of respondents said they like how Lake, who received an endorsement from former President Trump, handles herself personally, while 55 percent said they do not.

After a year of calling for abortion to be outlawed, Kari Lake just executed a sharp U-turn. She now says it’d be “wonderful” if abortion was legal as long it is rare. https://t.co/VbZXZfmUve via @azcentral

A spokesman for Kari Lake said Tuesday the Republican candidate for Arizona governor didn’t mean to suggest abortion should be legal, saying she’s not calling for changes to abortion laws. https://t.co/qG1a9NgRgd