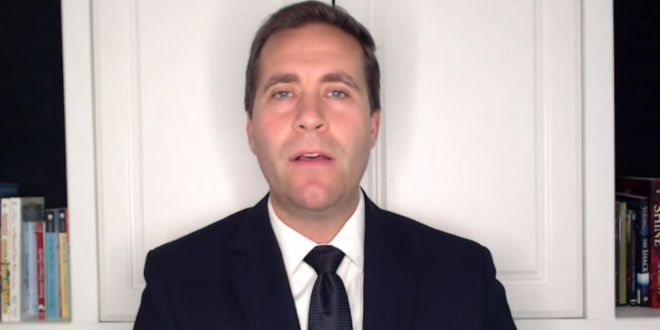 When you vote in Alabama, state law requires you to show a photo ID at the polls. For most folks, this means a driver’s license, but other forms of government-issued ID are permitted — a military ID, a passport or a college student ID, among others, will do.

But the last few times Alabama Republican Party Chairman John Wahl voted, he presented poll workers with an ID they’d never seen before. To someone who had never seen a state employee ID, it could be mistaken for one. But it wasn’t.

In a 2015 deposition, Wahls’ brother Joshua Wahl said he and others in their family believe biometric identification — including photographs that could be used by facial recognition software — is the mark of the beast foretold in Revelation.

For years, John Wahl and his family have had run-ins with Limestone County poll workers. When one of those poll workers tried to complain to state and GOP officials, Wahl asked county officials to remove the poll worker.

Wahl’s brother testified in 2015 that their family believes photo ID is the mark of the beast foretold in Revelation. Alabama does not have a religious exemption to its voter ID law.

At one point a bill to add a religious exemption was introduced, but the bill died after the sponsor said it wouldn’t apply to Muslims.

At least twice, Wahl has voted using an unusual ID that could be mistaken for a state employee ID. (It’s not.) The badge identifies him as a media representative for Alabama State Auditor Jim Zeigler.

After first saying he didn’t make the ID, Wahl now says he made the ID on a third-party printer with Zeigler’s permission so he could set up email blasts for the State Auditor’s office.

I also asked Wahl what the barcode was for on his ID. State employee IDs do not use barcodes. Wahl said he didn’t know what it was for, even though he made it.