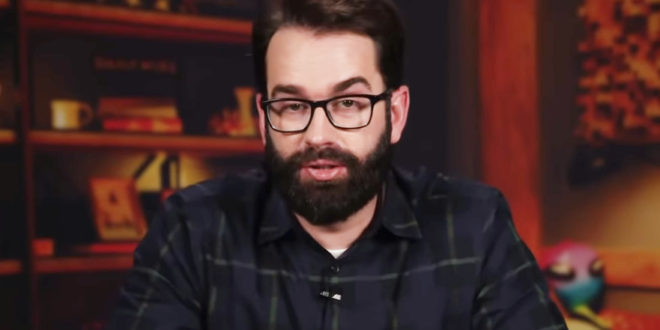 “Also, by the way, with The Little Mermaid – can we also just mention that, from a scientific perspective, it doesn’t make a lot of sense to have someone with darker skin who lives deep in the ocean.

“I mean, if anything, not only should the Little Mermaid be pale, she should, actually, be translucent. If you look at deep sea creatures, they’re, like, translucent.

They have no, kind of, pigmentation whatsoever. And they’re just, like, these horrifying — they look like skeletons floating around in the ocean.

“That’s what the Little Mermaid should look like. She should be totally pale and skeletal where you can see her skull through her face.

“And that would actually be a version of The Little Mermaid that I would watch.” – Matt Walsh, on his Daily Wire show.

Walsh last appeared on JMG when he blamed the Buffalo mass shooting on pandemic lockdowns.

Earlier this year, we heard from him when he declared that lesbians will cease to exist over the next 30 years.

Walsh also claims that shooting people “is not against the law.” Walsh has declared that “everybody would be happier” if arranged marriages were mandatory.