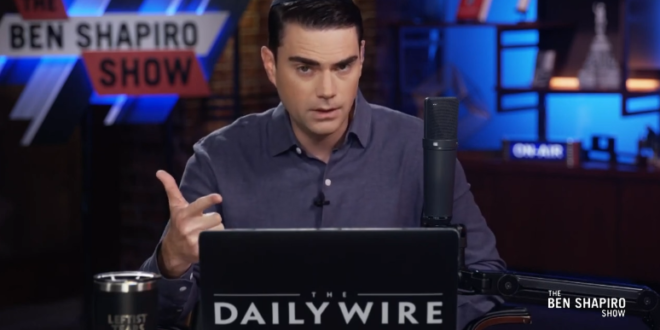 Well, I think the answer is they’re a very online team, the people who work for him, they spend all day on Twitter. And so over the past few weeks there’s been this idea that Dark Brandon is rising, Dark Brandon of course is that meme that originally started in China.

It’s the worst piece of presidential image making ever, truly ever. I mean imagine the sort of thought that had to go into this.

And they’re sitting around in a room thinking like, “What can we do to make the president really look cool? Well, what if we take a historic American site, you know, the site that is really know for liberty and for democracy and legality and what if we light it blood red, blood red, and we put the president in front of the blood red site, so it will be red and black, like the fascist color pattern.

I think in a very cynical way — because Joe Biden basically gave you two messages, one, everyone who opposes me is an enemy of the state, and two, political violence is wrong, the basic idea here is the raise the temperature, I think it’s more likely to result in acts of violence that Joe Biden is then going to use as a case to run in 2022 and 2024.

I mean, this is extraordinarily dark stuff. Really dark, really creepy, really fascistic, and man did he — I mean there’s a reason that satanic, demonic, and pure evil were all trending on Twitter last night.