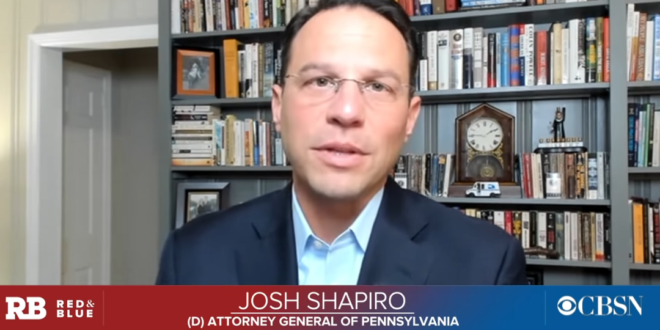 Democrat Josh Shapiro has a double-figure lead over GOP opponent Doug Mastriano at 55-44 percent with one percent stating they are unsure at this time, according to today’s CBS/YouGov poll

That same 55% are glad that the Dems nominated Shapiro, while 60% of Republican respondents said they wished the GOP had nominated another candidate other than Mastriano.

Shapiro also has a plus-12 when asked if respondents liked or disliked how each of the candidates was handling themselves personally. Mastriano came in with a minus-24.

With less than two months to go until the Nov. General Election, the latest #PAGov poll suggests a double digit margin for the Democratic candidate. @WGAL

According to the poll from @CBSNews & YouGov: