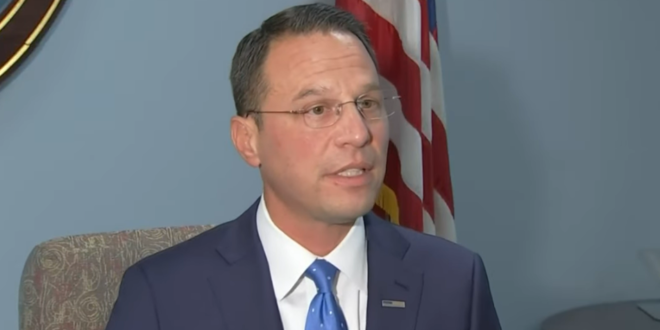 With just over six weeks until the general election, Democratic candidates hold leads in both the Pennsylvania gubernatorial and U.S. Senate races, according to a new Morning Call/Muhlenberg College poll. Democratic Attorney General Josh Shapiro leads Republican state Sen. Doug Mastriano by 11 points, 53% to 42%, which includes voters who are leaning to one candidate.

Mastriano, a retired Army colonel who has represented a Franklin County Senate district since 2019, has been a favorite of conservatives and loyalists to former President Donald Trump after he led opposition to Gov. Tom Wolf’s COVID mitigation policies. Mastriano also helped organize efforts in Pennsylvania to submit alternate presidential electors beholden to Trump and was seen outside the Capitol on Jan. 6, 2021.

Previous Trump Ordered To Back Up “Planted Evidence” Claims
Next POLL: Rubio +2 Over Demings, DeSantis +7 Over Crist