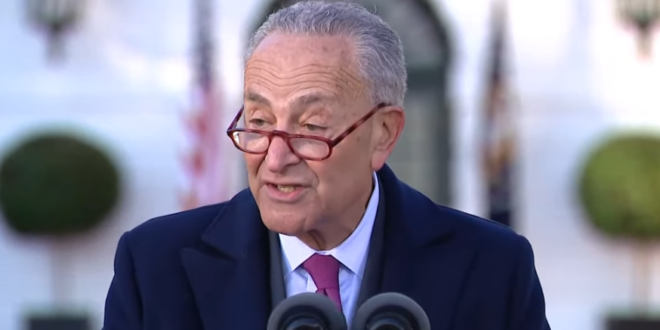 Schumer: No More Senate Votes Until After Midterms

But he warned that Senate colleagues should expect an “extremely busy” lame duck session during the second half of November and all of December as they still have to consider a defense authorization bill, an omnibus spending package, a bill protecting the right to same-sex marriage and other items that haven’t made it to the floor yet.

WOW Schumer gavels the Senate out until after the midterms. https://t.co/KPr91BCitZ

Senate will be back after today for legislative business on Tuesday, October 11th to work on the #FY23NDAA defense programs and policy bill.