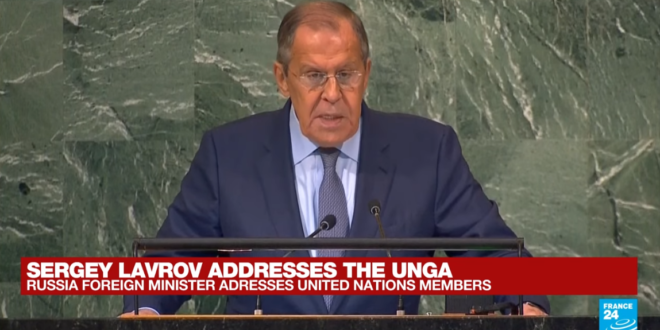 Russia has sought to defend its seven-month old war at the United Nations, with Foreign Minister Sergei Lavrov saying that regions of Ukraine where widely-derided referendums are being held would be under Russia’s “full protection” if annexed by Moscow.

The referendums in four eastern Ukrainian regions, aimed at annexing territory Russia has taken by force since its invasion in February, were being staged for a third day on Sunday and the Russian parliament could move to formalise the annexation within days.

Russia’s Sergey Lavrov pledges “full protection” for any territory annexed by Moscow in #UNGA speech and accuses US of erecting itself “almost into an envoy of God on Earth” https://t.co/YSW9EWF16r