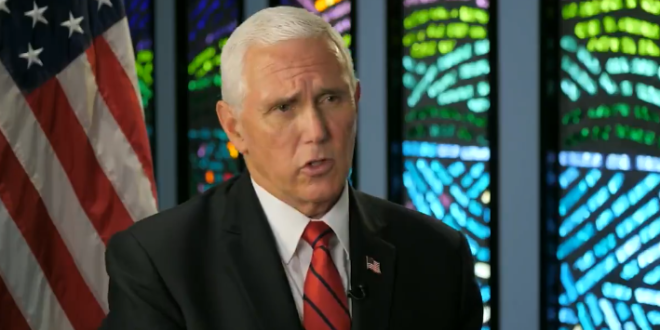 Justice Clarence Thomas who wrote that the high court “should reconsider” past rulings that relied on a legal doctrine known as “substantive due process” to codify rights to contraception and same-sex marriage.

When RealClearPolitics asked if the Supreme Court should revisit those cases, Griswold and Obergefell in particular, Pence parted company with Thomas. “I have enormous respect for Justice Clarence Thomas but the majority on the Supreme Court in the Dobbs case made it clear,” he said for the first time, “that their decision was about abortion.”

Pence added that he had “put such a premium in my life on the cause of the unborn,” that by now he was able to discern between legitimate concerns and efforts of opponents “to create distractions in the public debate, and this seems like just that.”

Read the full article. The reaction to Pence’s stance by the usual haters will be entertaining.

NEW: Asked if SCOTUS should revisit gay marriage, if next president should nominate judges to do so, Pence splits with Thomas.

“I have enormous respect for Justice Clarence Thomas but,” he tells me, SCOTUS made “clear their decision was about abortion.”https://t.co/IxsZaf3Wp2