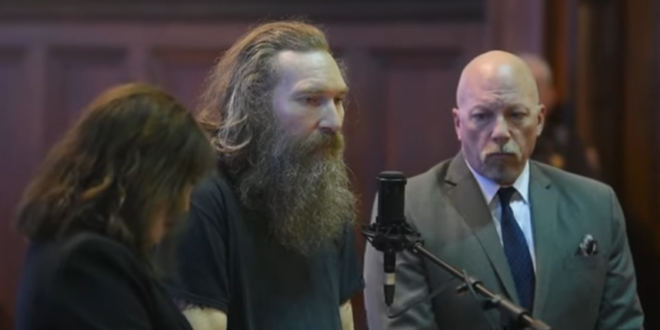 A degree hearing will be held on Oct. 18 to determine whether Latunski is convicted of first- or second-degree murder, or manslaughter.

Bacon, of Swartz Creek, was stabbed, his body hung from his ankles, his throat cut, and parts of him were eaten, according to prior reporting by MLive, which cited police who searched Latunski’s home. His body was found on Dec. 28, 2019.

Read the full article. Latunski’s lawyer had pressed for an insanity defense at trial, but he apparently refused.

Police say that the killer confessed to cutting off the University of Michigan-Flint student’s testicles—and later eating them after the murder. https://t.co/fqwVaJypSR