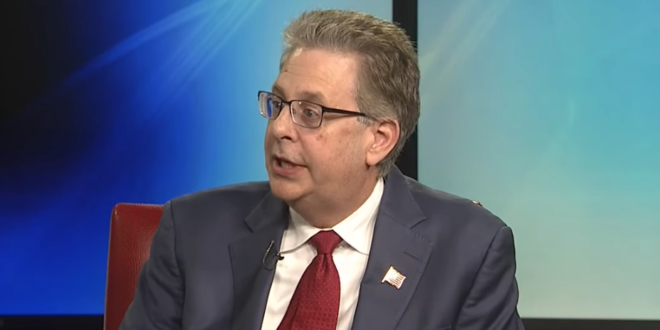 At an event last month, Michigan attorney general candidate Matt DePerno (R) said that Plan B is no different than fentanyl and should be banned in Michigan.

“You gotta figure out how to ban the pill from the state,” DePerno said in audio, taken from a conversation at CPAC in Texas last month and provided by a Democratic source on the condition of anonymity.

When asked about ideas on how to ban the contraceptive, DePerno said: “But you have to stop it at the border. It would be no different than fentanyl. The state has to ban it, and it should be banned. But it’s just an issue of how do you enforce it; how do you make sure that it stops? That’s your problem.”

Earlier this month a special prosecutor was appointed to investigate DePerno’s alleged role in the breach of Michigan voting machines. DePerno, who filed a failed lawsuit to overturn the 2020 election result, was once fired by his law firm for “fraudulently” padding his clients’ bills.

HOT MIC: Asked about banning contraception, GOP Michigan attorney general nominee Matt DePerno says “what’s Plan B?” He then recommends it should be banned and compares it to fentanyl. https://t.co/Js40FTCEQf