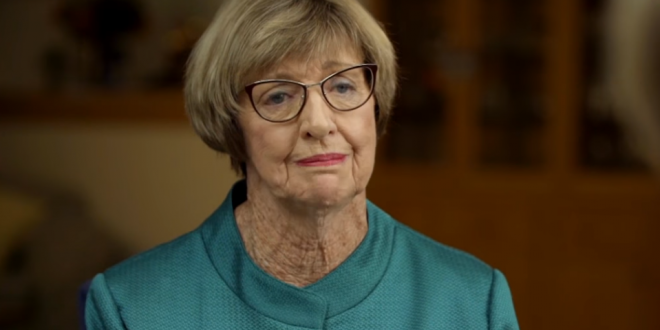 Australian tennis champion Margaret Court doesn’t believe retiring great Serena Williams “ever admired me” and feels ostracised from the wider tennis community due to her conservative Christian beliefs and stance on LGBTQ issues. The Perth-based pastor – who founded the Victory Life Centre church in the 1990s following a record-setting tennis career in the 1960s and ’70s – told The Telegraph UK nobody spoke to her at this year’s Wimbledon competition.

“It’s very sad, because a lot of the press and television today, particularly in tennis, don’t want to mention my name,” she told the paper. “The French Open didn’t invite me, the US Open didn’t invite me. Rod Laver had won the slam and I was going to be honoured in the same way, but no.” Court lamented being “bullied by LGBT groups”, and told the Telegraph: “Even when I’m helping the poor, some companies are not allowed to give my church things because of my name.”

Read the full article. Court last appeared on JMG in March 2020 when she declared that nobody who attends her church would get COVID because “we are all protected by the blood of Jesus.”