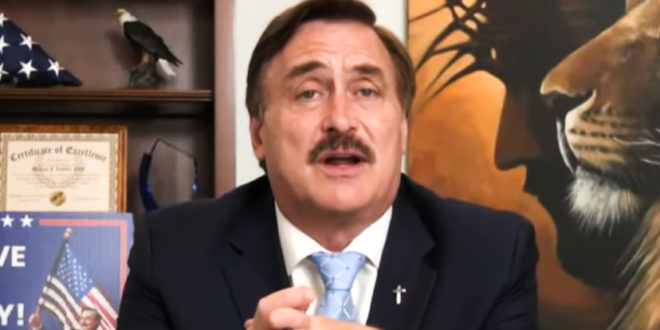 Lindell Sues Merrick Garland To Get His Phone Back

A 20-page complaint filed in U.S. District Court for the District of Minnesota seeks the return of Lindell’s phone and other “declaratory or equitable relief.” The complaint also (more relevantly) asks for a judge to declare as “invalid” the search warrant federal agents used to seize Lindell’s company-issued phone.

It further seeks the return of the phone and any data accessed from the device; for a “temporary restraining order prohibiting the Defendants from attempting any access to the data collected”; and that the government provide Lindell “a copy of the Affidavit submitted to the Court to obtain the Warrant.”

Mike Lindell got a new phone, but he didn’t have everything backed up on his old one.

Lindell: “The phone is blank. It’s missing all these things. …I almost rather they arrested me than took my phone.” pic.twitter.com/rOFDexsiZC