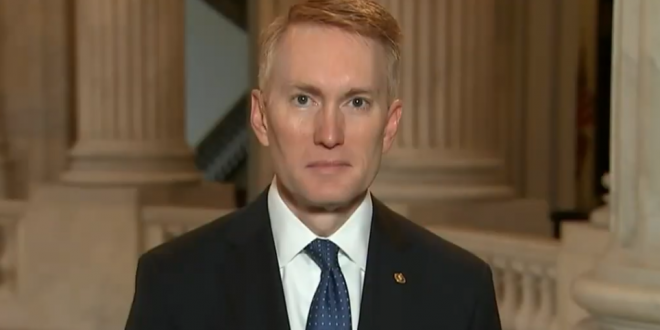 Hemant Mehta has the transcript at Only Sky:

PERKINS: I believe that as these states embrace Biblical truth as it pertains to life, that I believe God’s gonna bless those nations—or those, those states—as those states come in alignment with God, I believe it’s going to be a testimony to the rest of the nation. Again, another sign of God’s mercy that He will pour out His blessing on those that choose to walk in His way.

LANKFORD: I agree. I agree. And… that’s not some radical principle, just for people to be faithful and for God to bless them. I mean, it’s just the most basic principle of all. As funny as it sounds, we’ve experienced a big drought in Oklahoma. The week after—the week after—we passed this law to be able to protect the lives of children, we had the most overwhelming rainstorm that came across the state, and it was such an interesting conversation among people in the church, like, “Did that just happen? Did that just occur?”

Oklahoma Sen. James Lankford says that God rewarded his state for passing an extreme abortion ban by… making it rain.

(He didn’t mention that the state actually got flooded in major cities. Lankford, of course, is a climate denier.)