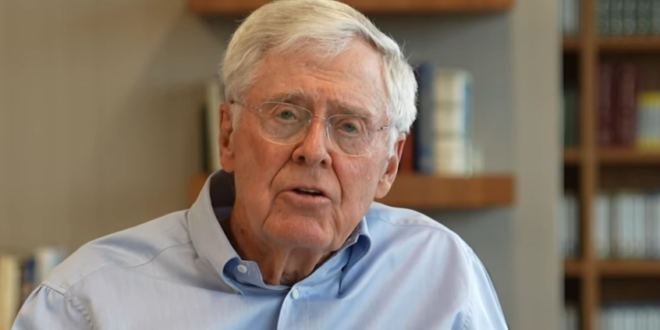 Fossil fuel giant Koch Industries has poured over $1 million into backing – directly and indirectly – dozens of House and Senate candidates who voted against certifying Joe Biden’s win on 6 January 2021.

Koch, which is controlled by multibillionaire Charles Koch, boasts a corporate Pac that has donated $607,000 to the campaigns or leadership Pacs of 52 election deniers since January 2021, making Koch’s Pac the top corporate funder of members who opposed the election results.

In addition, the Super Pac Americans for Prosperity Action to which Koch Industries has given over $6 million since January 2021, has backed some election deniers with advertising and other communications support.

Refuting those who bought the claims of a ‘new’ Koch, as usual, the huge, climate-polluting billionaires are up to the same old tricks: Alarm as Koch bankrolls dozens of election denier candidates https://t.co/OfW74a6ynr