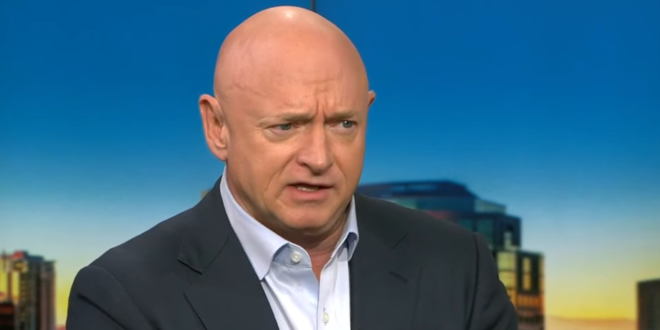 Sen. Mark Kelly (D-Ariz.) is leading his Republican challenger Blake Masters by a 12-point margin in the race to hold his seat in November, according to a new poll.

An Ohio Predictive Insights (OHPI) poll released Wednesday found that Kelly is backed by 47 percent of likely voters, while Masters has support from 35 percent. Libertarian Marc Victor received support from 6 percent of those surveyed, while 12 percent said they were undecided.