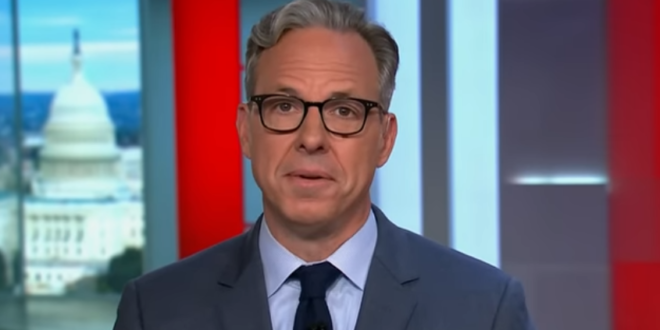 CNN chief Chris Licht is shaking things up once again. Days after unveiling a “reimagined” morning show, the network announced that anchor Jake Tapper would be moving to primetime to host the 9 p.m. slot through this year’s midterm elections.

While the assignment is ostensibly temporary, it could possibly become permanent if Tapper draws a decent audience. The hour has been manned by a series of rotating hosts since Chris Cuomo was fired in December.

Tapper, who anchors the late-afternoon news program The Lead and the Sunday morning talk show State of the Union, has long been considered a frontrunner for the open primetime slot as Licht looks to shift the perception of CNN being too liberal.

While the assignment is ostensibly temporary, it could possibly become permanent if Jake Tapper draws a decent audience. https://t.co/tXY2eAtiYs

Previous Slate: Inside The Push To Recruit Far-Right Sheriffs
Next Australian Outlet Denies Defaming Murdochs By Calling Them “Unindicted Co-Conspirators In Continuing Crisis”