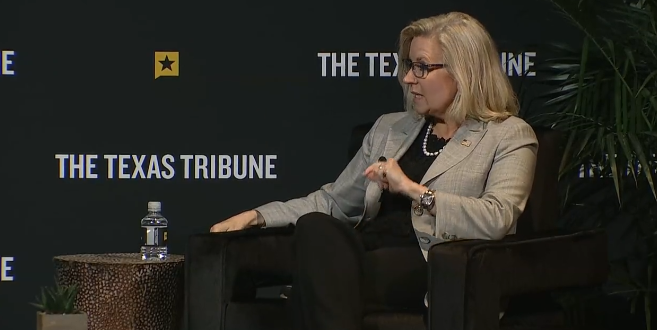 Cheney: I’ll Leave The GOP If Trump Is 2024 Nominee

U.S. Rep. Liz Cheney said she would do “whatever it takes” to make sure former President Donald Trump is not the GOP presidential nominee during the 2024 elections, including stumping for Democrats running against election deniers running as Republicans.

“I certainly will do whatever it takes to make sure Donald Trump isn’t anywhere close to the Oval Office,” Cheney said during the closing night of The Texas Tribune Festival.

Will @Liz_Cheney run for President?

She says she will do whatever it takes to keep Trump from being elected president again. #TribFest22 pic.twitter.com/b6Z6KgGKER