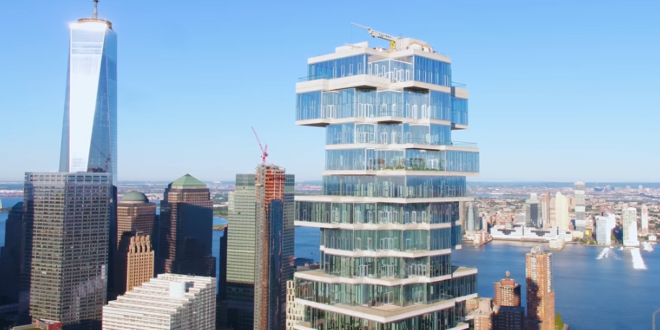 Bed Bath & Beyond CFO Jumps To His Death In NYC

The chief financial officer of troubled Bed Bath & Beyond has been identified as the man who jumped to his death from the iconic new Tribeca skyscraper known as the “Jenga Building,” The Post has learned. Gustavo Arnal, 52, who was also an executive vice president for the struggling home goods retailer, plunged from the 18th floor of 56 Leonard Street on Friday, police sources said. The 60-story building is best known for its purposely misaligned apartments stacked atop each other.

Arnal joined Bed Bath & Beyond in 2020 after serving as Avon’s finance chief for more than a year. Arnal had held a senior positions at Walgreens Boots Alliance and Procter & Gamble before joining the cosmetics company. The death comes days after Bed Bath & Beyond announced plans to close about 150 stores and cut its workforce by a fifth in a bid to revive its fortunes. The retailer’s shares have become a “meme stock” like GameStop and fluctuated considerably in recent months.

Previous REPORT: QAnon MI Sec Of State Nominee Threatened To Kill Herself And Her Family, Per Ex’s Divorce Filing
Next Ron Johnson Lies About Wanting To Cut Social Security