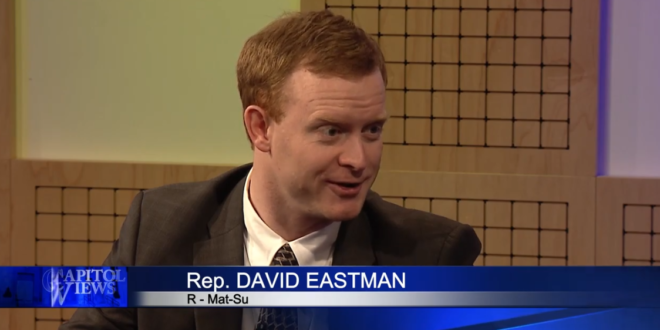 An Anchorage judge said Thursday that based on the limited evidence presented, Wasilla Republican Rep. David Eastman is likely ineligible to hold public office, but his name will stay on the general election ballot until a trial scheduled for December can be held.

Former Mat-Su Assembly member Randall Kowalke, who filed the lawsuit, has argued Eastman’s membership in the Oath Keepers runs afoul of the Alaska Constitution’s disloyalty clause, which bars a person from holding public office in Alaska who advocates for the overthrow by force of the U.S. or state government.

Judge Jack McKenna granted the preliminary injunction Thursday afternoon and said based on the evidence presented, Kowalke would likely succeed in arguing that Eastman is a member of the Oath Keepers, that the group is active and that it is presently seeking to overthrow the U.S. government.