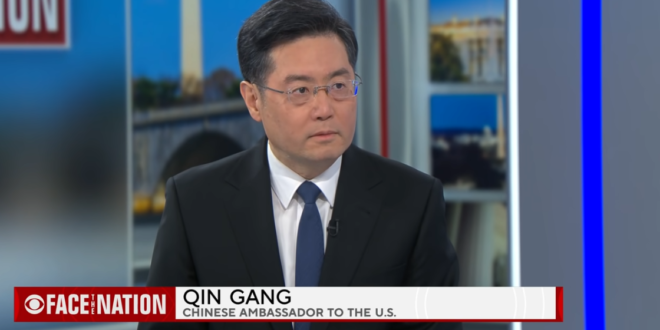 The White House summoned China’s ambassador on Thursday to condemn Beijing’s escalating actions against Taiwan and reiterate that the United States does not want a crisis in the region, after a visit to the island by House Speaker Nancy Pelosi (D-Calif.) sharply escalated tensions in the Taiwan Strait this week.

“After China’s actions overnight, we summoned [People’s Republic of China] Ambassador Qin Gang to the White House to démarche him about the PRC’s provocative actions,” National Security Council spokesman John Kirby said in a statement provided to The Washington Post.

“We condemned the PRC’s military actions, which are irresponsible and at odds with our long-standing goal of maintaining peace and stability across the Taiwan Strait.” A démarche is a protest lodged through diplomatic channels.