Donald J. Trump declined to answer questions from the New York state attorney general’s office on Wednesday, a stunning gamble in a high-stakes legal interview that is likely to determine the course of a civil investigation into his company’s business practices.

In a statement released shortly after the questioning began on Wednesday, Mr. Trump said he would invoke his Fifth Amendment right against self-incrimination, explaining that he “declined to answer the questions under the rights and privileges afforded to every citizen under the United States Constitution.”

Trump, who once indicated innocent people don’t plead the Fifth, defends doing so while sitting with lawyers from New York Attorney General Letitia James’ office. “I once asked, ‘If you’re innocent, why are you taking the Fifth Amendment?’ Now I know the answer to that question.” pic.twitter.com/xdUck1GiED

Donald Trump is pleading the Fifth Amendment during his deposition with the NY AG today.

Let’s see what Donald Trump has to say about that. pic.twitter.com/hiKKUTmo2K

In his NY fraud investigation.

ONLY THE MOB PLEADS THE FIFTH! – Donald J Trump 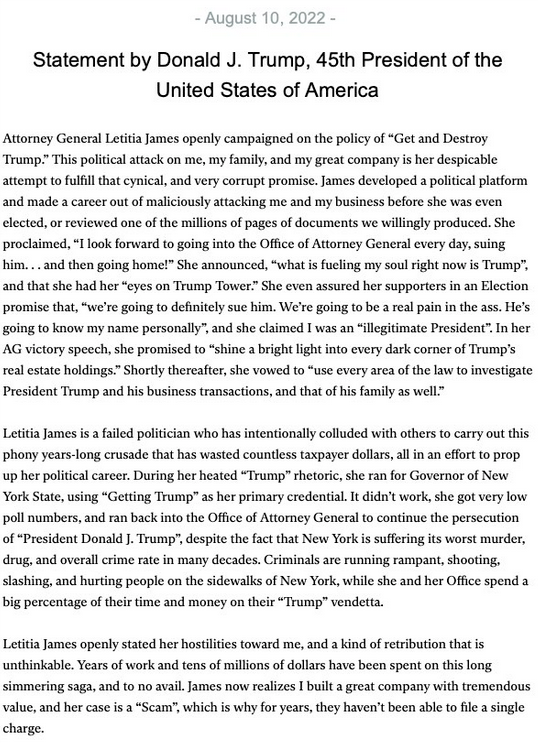