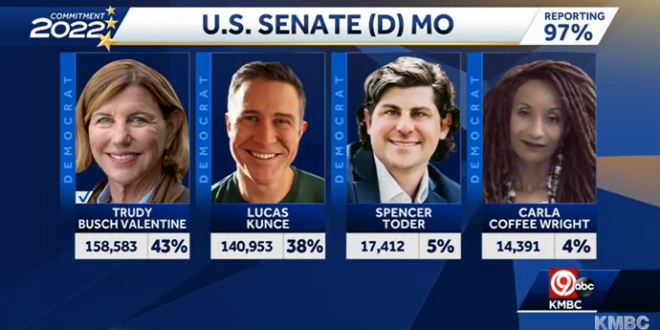 Trudy Busch Valentine has won the Democratic nomination for the open US Senate seat in Missouri. Valentine defeated marine veteran Lucas Kunce and several other challengers.

Valentine, a nurse, and member of the brewing Busch family will be a heavy underdog against Missouri Attorney General Eric Schmitt in the general election. She has never held elective office before.