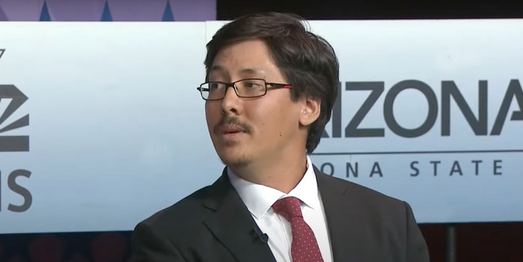 Ron Watkins, the man suspected by many of being behind the QAnon conspiracy theory, has lost his primary race for Congress in Arizona.

Watkins is firmly in last place among seven other Republicans, only able to secure little more than 3% of the vote, which right now amounts to around 3,000 people.

As the former administrator of the far-right image board 8chan, which later became known as 8kun, Watkins has long been suspected of being behind the “Q” persona of QAnon.

Ron Watkins, the man behind QAnon, comes in last place in his bid for Congress.https://t.co/z5kKZuvbSy