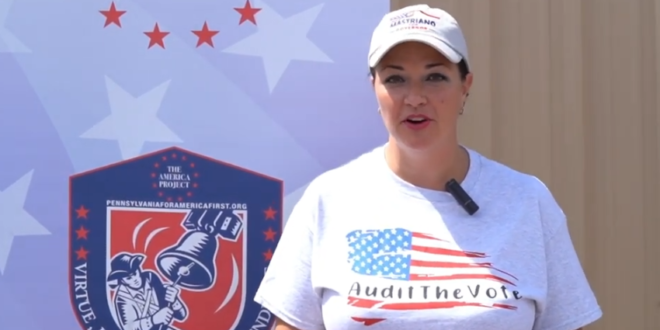 Potential PA Secretary Of State: “9/11 Was A False Flag”

In newly unearthed videos, commentator Toni Shuppe claimed that Pizzagate is “absolutely real. It is 100% real,” and praised QAnon as “a very valuable resource.” Shuppe has been mentioned as a potential secretary of state pick for Mastriano, who would have the power to appoint the position if he becomes Pennsylvania governor.

Shuppe also shared numerous 9/11 conspiracy theories on Facebook from a “trusted friend,” including the false claim about Flight 93: “Never forget that eye witnesses and first responders reported no plane wreckage or bodies in the Pennsylvania field where flight 93 supposedly crashed.”

In a separate post, Shuppe claimed that 9/11 was “a false flag.” Shuppe is the co-founder and CEO of Audit The Vote PA, a Pennsylvania-based organization that’s dedicated to falsely claiming that the 2020 vote was stolen from former President Donald Trump.