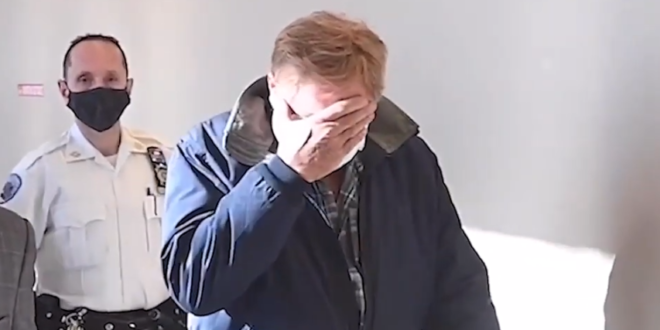 A Bayport man who had mailed letters threatening mass shootings and bombings to those affiliated with LGBTQ+ organizations and businesses was sentenced in federal court in Central Islip Wednesday, officials said.

Robert Fehring, 74, was sentenced to 30 months in prison for mailing more than 60 letters to LGBTQ-affiliated individuals, organizations and businesses. Many of those letters contained threats to kill, shoot and bomb the recipients.

“There is no room for hate in the Eastern District of New York. Today’s sentence makes clear that threats to kill and commit acts of violence against the LGBTQ+ community will be met with significant punishment,” U.S. Attorney Breon Peace said in a statement.

Fehring pledged to terrorize Manhattan’s 2021 Pride parade, a Pride event in Huntington, and an LGBTQ-themed night at a Long Beach club, the feds said. The hatemonger claimed he would make the 2016 Pulse nightclub shooting “look like a cakewalk,” according to officials.

A letter to Manhattan’s landmark Stonewall Inn read “we will blow up/burn your establishments down. We will shoot those who frequent your dens of [expletives].” Another missive to a Brooklyn black-owned barbershop serving the gay community said “your shop is the perfect place for a bombing.”

A 74-year-old retired schoolteacher from a New York City suburb was sentenced to 30 months in prison for mailing dozens of violent threats to LGBTQ affiliated individuals, groups and businesses over several years. https://t.co/C3PkmXWgOd