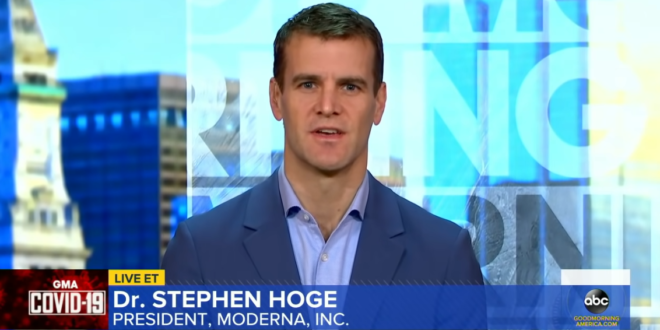 Amid growing concerns over the potential threat of monkeypox, executives from Moderna said Wednesday they have initiated a research program to consider whether the company could create a monkeypox vaccine with mRNA technology. “We’re obviously very aware of the monkeypox concern and obviously very sensitive to recent announcements,” Moderna President Stephen Hoge said during an investor call.

“Our platform is pretty well established and our ability to rapidly scale has been demonstrated. If we were to go after a monkeypox clinical development program, it would be to very quickly progress toward an approvable set of endpoints in a clinical study,” he explained. As seen with the rollout for the COVID-19 vaccines, any new vaccine would still need to go through the regulatory authorization process, which can take weeks to months, even in special circumstances.

CDC Director Rochelle Walensky told reporters on a call Thursday that gay and bisexual men who are HIV positive or who are taking medicines, called PREP, to reduce their chance of contracting HIV face the greatest health risk from monkeypox.

“That’s the population we have been most focused on in terms of vaccination,” Walensky said.

Moderna says it’s looking into the possibility of creating a new monkeypox vaccine using the same technology behind their COVID-19 shots. https://t.co/aEMjkVVT4V