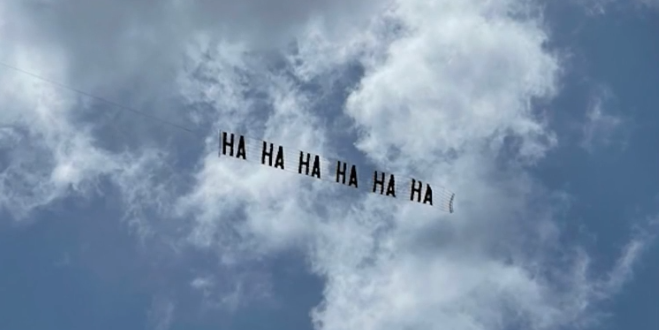 Thomas Kennedy, a self-professed Trump critic, told NBC 6 he paid for the banner that was spotted near the estate and around South Florida. “It brought me a lot of joy to do so,” Kennedy said. “I would do it again.”

Kennedy told NBC 6 that he and a group of friends paid $1,800 to fly the banner for about three hours and he had a message for Trump’s supporters. “Honestly, go do something better with your time,” Kennedy said.

A Miami man, critical of the former President, tells us he paid $1,800 to have the banner fly around South Florida. @nbc6 @NBCNewsNow pic.twitter.com/pLzlC5jn3P