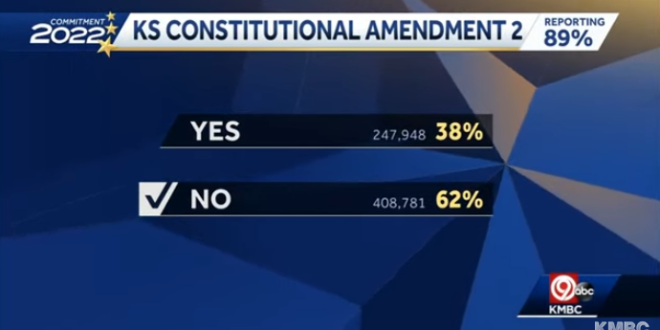 Kansas voters on Tuesday sent a resounding message about their desire to protect abortion rights, rejecting a ballot measure in a conservative state with deep ties to the anti-abortion movement that would have allowed the Republican-controlled Legislature to tighten restrictions or ban the procedure outright.

It was the first test of voter sentiment after the U.S. Supreme Court’s decision in June that overturned the constitutional right to abortion, providing an unexpected result with potential implications for the coming midterm elections.

While it was just one state, the heavy turnout for an August primary that typically favors Republicans was a major victory for abortion rights advocates.

Kansas voters turned out in record numbers to protect abortion access in the state. @JRubinBlogger says the outcome is a sign that national and state lawmakers are out of touch, while @CecileRichards tells @ZerlinaMaxwell this is a wake-up call for the GOP https://t.co/zddNS3q86d pic.twitter.com/PPcsP2ygoj