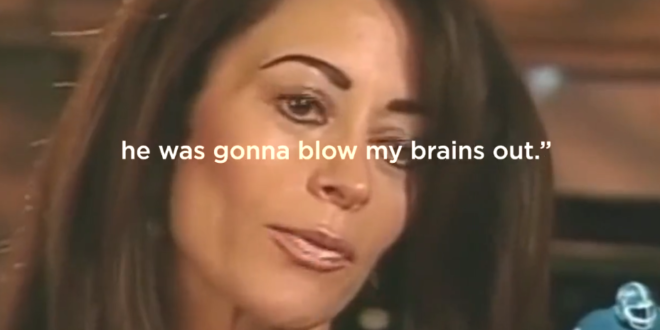 The anti-Trump group The Republican Accountability Project ran an ad on Monday showing Georgia GOP Senate nominee Herschel Walker’s ex-wife accusing him of domestic violence, including holding her at gunpoint.

The video shows a highlight of Walker, a former football player, scoring a touchdown in college, while a narrator says, “Do you think you know Herschel Walker? Well, think again.”

The ad then cuts to Cindy DeAngelis Grossman detailing how Walker threatened her. “His eyes would become very evil. The guns and knives. I got into a few choking things with him,” she said. “The first time he held the gun to my head, he held the gun to my temple and said he was gonna blow my brains out.”

‘He Was Gonna Blow My Brains Out’: Herschel Walker’s Ex-Wife Accuses Him of Threatening Her at Gunpoint in Jawdropping Campaign Ad https://t.co/1gFae1ar9s

This is the real Herschel Walker. pic.twitter.com/vErPuvOqNw