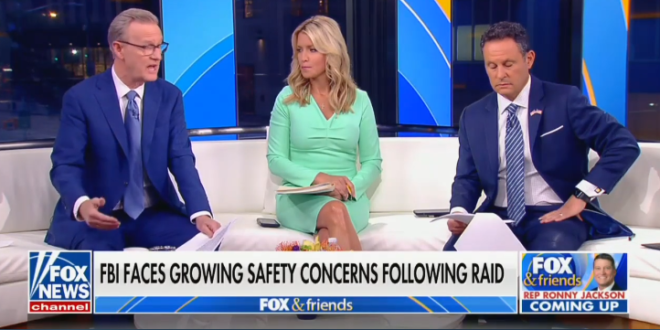 Ainsley Earhardt referenced the DHS memo before noting “the doxxing of these agents, the two agents, yeah, that signed the warrant, they were released — someone leaked them, their names.”

Steve Doocy chimed in quickly to note Breitbart published the names, before Earhardt continued, “Doxxing of them trying to find their address so that these people online are talking about going to their houses.”

Brian Kilmeade made clear that he felt this was wrong: “Which is way out of bounds. Same thing with [Supreme Court Justice] Kavanaugh.”