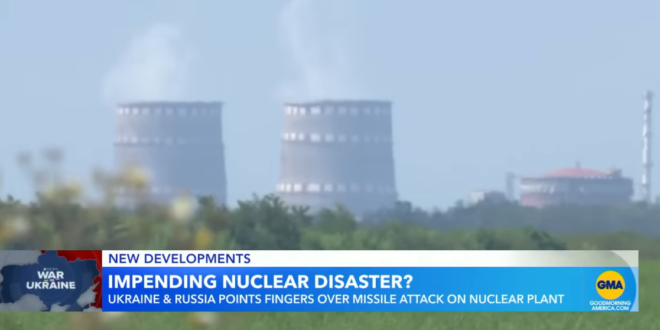 The prospect of a nuclear catastrophe spurred growing international alarm Monday after shelling attacks hit a Russian-controlled power plant in Ukraine that is almost twice the size of Chernobyl.

United Nations Secretary-General Antonio Guterres called for international inspectors to be given access to the sprawling nuclear site as fears grew of a disaster after the weekend strikes left the plant damaged but still operational.

“Any attack to a nuclear plant is a suicidal thing,” he said Monday in Tokyo after attending a ceremony in Hiroshima to commemorate the 77th anniversary of the world’s first atomic bombing.

The UN secretary general on Monday condemned fighting around Ukraine’s Zaporizhzhia nuclear power complex, saying any attack on a nuclear facility is “suicidal.” The nuclear complex is Europe’s largest and has been occupied by Russian forces for months. https://t.co/R5NQzYevwa