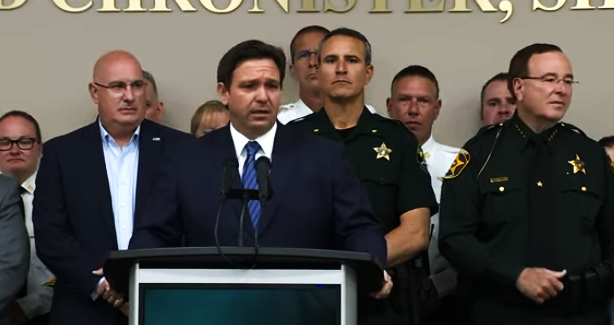 Via press release from the state of Florida:

The Governor has the authority to suspend a state officer under Article IV, Section 7 of the Constitution of the State of Florida.

The Governor has appointed Susan Lopez to serve as State Attorney for the period of suspension.  She has most recently been serving as a Judge on the Hillsborough County Court.

“State Attorneys have a duty to prosecute crimes as defined in Florida law, not to pick and choose which laws to enforce based on his personal agenda,” said Governor Ron DeSantis.

“It is my duty to hold Florida’s elected officials to the highest standards for the people of Florida. I have the utmost trust that Judge Susan Lopez will lead the office through this transition and faithfully uphold the rule of law.”

At a news conference flanked by police from around Tampa Bay, DeSantis said Warren has “put himself publicly above the law” by signing letters saying he would not enforce laws prohibiting gender-affirming care for minors or laws limiting abortion.

“Andrew Warren is a fraud,” former Tampa police Chief Brian Dugan said. “This is a terrible day, that the governor had to come and clean up our mess.”

The police chiefs noted above are locally infamous for their grandstanding press conferences and chest-beating social media stunts highlighting their use of military-style weaponry.

Today’s suspension is apparently what his spox was referring to when she predicted DeSantis would “make liberals cry” today.