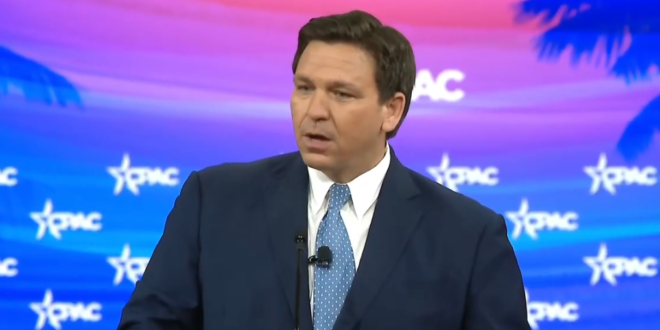 Gov. Ron DeSantis led a chorus of Florida Republicans criticizing an FBI raid on former President Trump’s Mar-a-Lago residence, questioning if the U.S. had turned into a “Banana Republic.”

DeSantis, running for re-election as Florida’s governor but also with an eye on a White House run possibly against Trump in 2024, slammed the FBI raid but never mentioned the former president by name.

Raising his nation profile, DeSantis will be traveling across the nation this month to campaign for some of the top Republican deniers of President Biden’s victory in 2020, Fox News reported, including one involved in the notorious Jan. 6, 2021, rally in Washington.

The raid of MAL is another escalation in the weaponization of federal agencies against the Regime’s political opponents, while people like Hunter Biden get treated with kid gloves. Now the Regime is getting another 87k IRS agents to wield against its adversaries? Banana Republic.

Ron DeSantis attacks law enforcement for legally raiding Mar-a-Lago while he’s yet to say anything about the heinous Nazis in our state who’ve been rallying in support of him.

Also, attacking a private company, Disney, for free speech is about as “banana republic” as it gets.