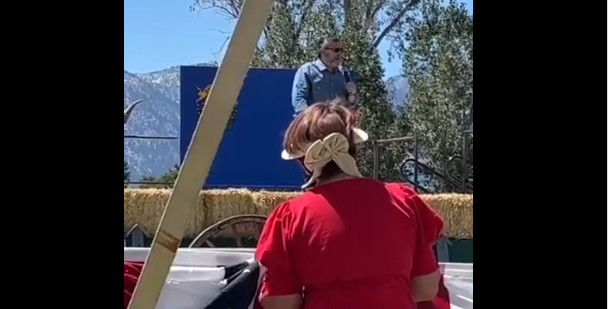 Cruz Jokes That Elizabeth Warren Has A Penis [VIDEO]

“Elizabeth Warren told reporters that guy came up to her and said, ‘I would have voted for you if only you a had a penis.’

“Number one, that story is a lie. Produce this fictional person, because this human being does not exist. That’s not even 1/1024th percent true.

“But number two, in today’s Democrat Party, who do we know she doesn’t? Like for Democrats, how could you possibly know?

“By the way, most Americans know this is ridiculous. Lia Thomas is a dude! He looks like Michael Phelps.” – Ted Cruz, speaking at GOP rally yesterday in Nevada.

Here’s the video of Ted Cruz joking that Elizabeth Warren might have a penis. @lawindsor pic.twitter.com/eZsQvVPD7Q

In Nevada moments ago, Ted Cruz joked to applause and laughter that Elizabeth Warren might have a penis: “In today’s Democrat Party, how do we know she doesn’t?”#TheUndercurrent pic.twitter.com/9SRZJql9i2