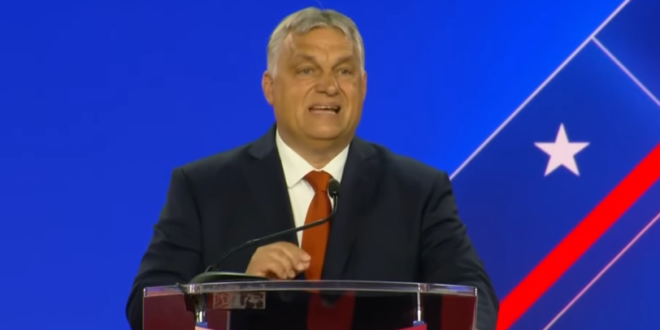 Hungarian Prime Minister Viktor Orbán spoke at the Conservative Political Action Conference in Dallas and declared that marriage is between a man and a woman. Attendees gave the right-wing authoritarian a standing ovation in response.

“Hungary shall protect the institution of marriage as the union of one man and one woman,” he said to applause.

“Family ties shall be based on marriage or the relationship between parent and children. To sum up, the mother is a woman, the father is a man, and leave our kids alone. Full stop. End of discussion!”

Orbán Gets Standing Ovation at CPAC After Declaring Marriage Is ‘The Union of One Man and One Woman’ https://t.co/zNlv2MXk4t via @mediaite