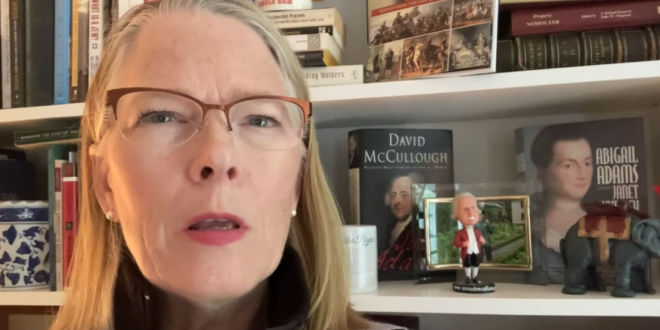 Republican Kim Crockett — who has called the 2020 election “rigged” and campaigned on rolling back changes that have made it easier to vote — has advanced to the November election against Secretary of State Steve Simon, a Democrat seeking his third term.

Crockett has also called the 2020 election a “train wreck” and accused state election officials of using the pandemic as “cover to change how we vote, but also how the vote is counted.” Simon has defended the state’s actions, calling the 2020 election “fundamentally fair, honest, accurate and secure.”

There is no evidence to support Trump’s claims of a stolen election in 2020 or to suggest widespread fraud or tampering with voting machines or ballot drop boxes.

Kim Crockett, recently under fire for comments questioning whether people with disabilities and non-English speakers should be allowed to vote, has won the GOP primary for Minnesota secretary of state.https://t.co/hJMFuCcK8g

Kim Crockett, who said the 2020 election was “rigged” and “illegitimate,” has won the GOP secretary of state primary in Minnesota, adding it to the list (AZ, MI, NV, PA) of swing states where an election denier has won the GOP’s SOS nomination. https://t.co/8WQglLEoZi