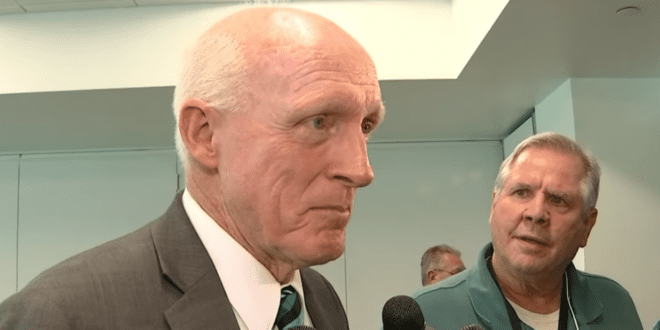 Rusty Bowers, the Arizona House speaker who rose to national prominence after testifying to the Jan. 6 committee about Donald Trump’s attempts to pressure him into overturning his state’s vote for Joe Biden, lost the Republican primary for an open state Senate seat, per AP.

Former state Sen. David Farnsworth trounced Bowers for the Republican nomination in Legislative District 10, a GOP stronghold. Bowers earned the wrath of Trump and his supporters by refusing to help with the attempt to assign Arizona’s electoral votes to the defeated president.

Rusty Bowers, the Arizona House speaker who testified before the Jan. 6 committee about Donald Trump’s pressure to overturn the 2020 election, has lost a Republican primary for state Senate to former lawmaker David Farnsworth, who was endorsed by Trump. https://t.co/8PVjkCrlZ5