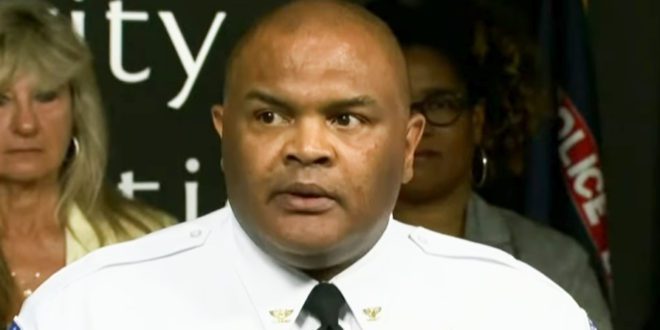 VA Police: We Thwarted Mass Shooting On The Fourth

Richmond police said a tip from a “hero citizen” led to an investigation that thwarted a mass shooting plot targeting the city’s Fourth of July celebration at Dogwood Dell.

Authorities arrested two men and seized assault rifles, a handgun and rounds of ammunition from a residence on Columbia Street after receiving a tip from someone who had overheard plans for a mass shooting in Richmond during the holiday.

Chief Gerald Smith said other agencies, including Homeland Security and the FBI, were critical for assisting in the investigation. “They were planning to shoot up our Fourth of July celebrations,” Smith said.

Previous Tennessee Court Dismisses Lawsuit From Jewish Couple Rejected By State-Funded Christian Adoption Agency
Next Eric Greitens: My “Army Of Patriots” Is Coming For You