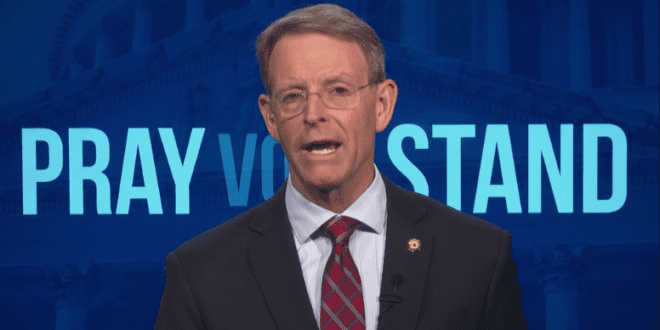 As time has gone on, Republicans seem to have gotten increasingly comfortable letting the court decide an issue they argued was rightly theirs.

That shock was driven home Tuesday when 47 House members walked away from the party’s principles and platform to cast a vote for same-sex marriage.

The list included a surprising number of our movement’s friends, men and women we never mistook as anything but conservative.

Now, Senate Majority Chuck Schumer (D-N.Y.), smelling blood in the water, is eager to drive an even deeper wedge — insisting he’ll move forward with his own vote if he can find 10 Republicans foolish enough to endorse it.

Twenty-four hours later, at least four Republicans have taken the bait, walking into a political trap that could very well eat into the margins the GOP needs in November.

To no one’s surprise, liberal Republicans Susan Collins (Maine) and Lisa Murkowski (Alaska) are on board, as well as outgoing Senator Rob Portman (Ohio).

But the real bombshells started dropping Wednesday, when more conservatives seemed to be testing the waters on a radical issue that seven years ago they vehemently opposed.

If Republicans want to stick their finger in the cultural winds to decide where they stand on timeless truths, then they are throwing away everything the American people have come to respect about today’s party — their courage, their common sense, their conviction.

Maybe these senators think that linking arms with the Left makes them seem more compassionate or contemporary. But real leaders don’t vote out of fear or political calculus.

They don’t take their cues from the courts or public opinion. They do what’s right, no matter what it costs them. That’s what voters respect. And that’s what voters, who have stood by this party’s values, deserve.

What’s changed? Not the significance of marriage — or the Constitution. Not the Republican party’s platform or the role of states’ rights.

Real leaders don’t vote out of fear or political calculus. They do what’s right, no matter the cost. @tperkinshttps://t.co/0mMpKvfrHs