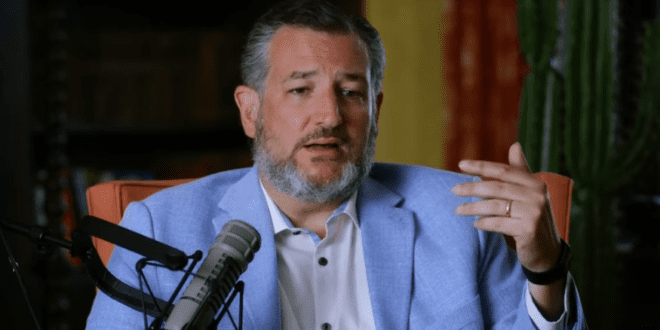 Senator Ted Cruz, a Texas Republican, said Saturday that he believes the Supreme Court was “clearly wrong” when it decided in a historic 2015 ruling that same-sex marriage was legal under the Constitution.

In a video uploaded to YouTube from his Verdict+ podcast, Cruz discussed what was described as the “vulnerability” of the Obergefell ruling. He argued that the ruling was not correctly decided, making a similar argument to Supreme Court Justice Clarence Thomas in his concurring opinion when the top judicial body formally overturned Roe v. Wade.

“Obergefell, like Roe v. Wade, ignored two centuries of our nation’s history,” the senator argued in the clip from his podcast. “Marriage was always an issue that was left to the states.”

Cruz, you will recall, made opposition to same-sex marriage a centerpiece of his 2016 presidential campaign.

His father, Rafael Cruz, a part-time pastor, served as his surrogate on the issue, regularly issuing frothing Nazi comparisons, predictions of God destroying the nation, and claims that gays would force the legalization of pedophilia.

Rafael Cruz, now 83, made his living selling dietary supplements for Mannatech, a multi-level marketing outfit that has been repeatedly sued for claims that their products were effective treatments for cancer, autism, and diabetes.

Trump repeatedly accused Rafael Cruz of having a role in the assassination of John F. Kennedy.

Previous CHATTER AWAY: Overnight Open Thread
Next GOP Rep Says Pharmacists Should Have The Right To Refuse To Fill Prescriptions For Abortion Pills [VIDEO]