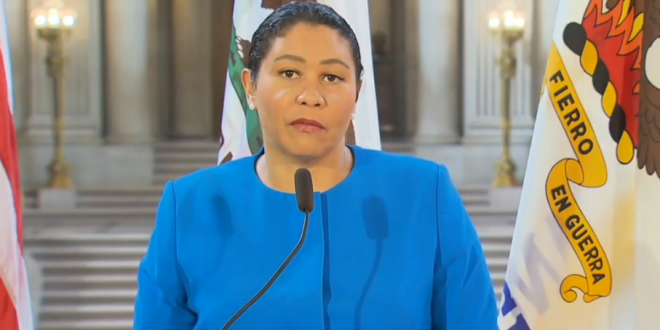 Mayor London N. Breed and the San Francisco Department of Public Health (SFDPH) today announced a local emergency declaration to strengthen the City’s preparedness and response to the rapidly rising cases of Monkeypox. This action will expedite and streamline the availability of resources to better respond to this developing health emergency.

The declaration of a local emergency is a legal action that will mobilize City resources, accelerate emergency planning, streamline staffing, coordinate agencies across the city, allow for future reimbursement by the state and federal governments and raise awareness throughout San Francisco about how everyone can stop the spread of Monkeypox in our community. It will go into effect on August 1.

“San Francisco showed during COVID that early action is essential for protecting public health,” said Mayor London Breed. “We know that this virus impacts everyone equally – but we also know that those in our LGBTQ community are at greater risk right now. Many people in our LGBTQ community are scared and frustrated. This local emergency will allow us to continue to support our most at-risk, while also better preparing for what’s to come.”

Mayor @LondonBreed says San Francisco is being hit the hardest by the monkey pox virus. The city is in desperate need of vaccines and treatment from state and federal agencies. #KTVU #SanFrancisco #BayArea #MonkeypoxVirus #EmergencyDeclaration pic.twitter.com/CFdxEs9Br4