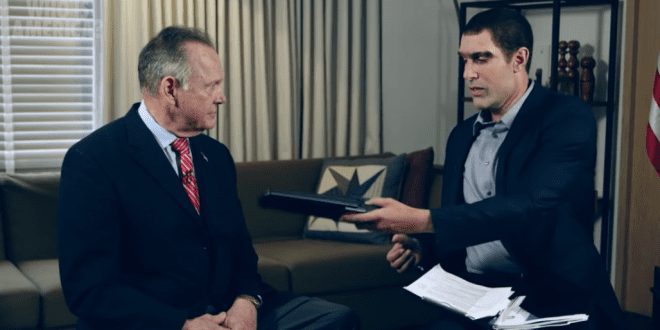 The ruling falls less than a month after Moore’s attorney Larry Klayman compared his client to Johnny Depp before a skeptical three-judge panel at the Second Circuit Court of Appeals. “He deserves a jury,” Klayman said of Moore on June 10.

The Second Circuit panel did not take long to unanimously disagree, returning an 11-page summary order extolling the virtues of comedy as a vehicle of social commentary.

As I reported in May 2021, Klayman failed to appear at a hearing he had demanded to boot a federal judge from the case.

I’ve been reporting on Klayman for so many years, I can’t even keep track of how many crackpots he has represented or the insane suits he has filed.

Perhaps most memorable is the time he stood outside the White House with a bullhorn and shouted for President Obama to “put down the Koran and come out with your hands up.” Klayman, you may recall, filed multiple birther lawsuits against Obama.

In 2020, a federal court dismissed his multi-billion dollar suit on behalf of Laura Loomer against Google, Apple, Twitter, and Facebook. Last year he sued the government of China for $20 billion for releasing COVID as a “bioweapon.”