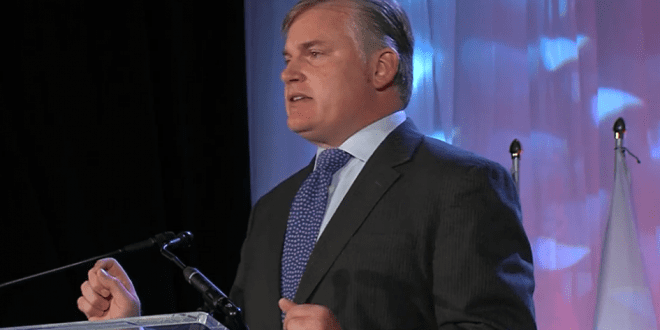 Just in via email from hate group leader Brian Brown:

I’m writing with terrible news. The US House of Representatives has just passed emergency legislation that is intended to impose same-sex marriage nationwide.

We must urgently act to prevent the passage of this legislation in the Senate – the disingenuous “Respect for Marriage” Act.

Please sign our petition immediately opposing this awful legislation. Over 50 million voters in three dozen states went to the polls to define marriage as the union of one man and one woman in their state constitutions.

Leave it to the liars in Congress to call legislation that ignores their wishes the “Respect for Marriage” Act.

Incredibly, however, some 47 Republican members of the House of Representatives voted in favor of this legislation, including many in states where voters had already cast ballots to prevent gay marriage in their states.

We will need to hold these Republican members accountable for ignoring the wishes of their state’s voters. Our team is developing plans now and we’ll have more information in coming days.

In the meantime, we must focus our attention on the US Senate where we have a real chance to defeat this imposition of gay marriage.

We need every NOM supporter to immediately sign our petition to let members of the Senate know that you demand they truly respect marriage and refuse to pass legislation that flies in the face of the decision of almost every state in the union.

Thanks to the filibuster rule in the Senate, it takes 60 votes to pass legislation and send it to President Biden. There are 50 Republican Senators. That means that backers of imposing same-sex ‘marriage’ need 10 Republican Senators to ignore the wishes of their state’s voters to prevail.

If they get the same percentage of Republicans in the Senate as they got in the House, they will win. We must immediately get to work to stop this from happening.

This development is a bombshell, one that seriously disrupts our plans for the balance of the year.

In the wake of the US Supreme Court’s reversal of the illegitimate Roe v Wade abortion ruling, we’ve been working at the state level with allies to find the right case to bring forward to reverse the equally illegitimate Obergefell decision imposing gay marriage.

We’ve also been working to prevent passage of the grossly misnamed Equality Act legislation which would impose vast elements of the LGBT agenda on all of us.

Now we must mobilize nationwide to prevent passage of this deceptively-named “Respect for Marriage” legislation, which actually disrespects tens of millions of Americans and countless legislators who have voted in favor of traditional marriage. 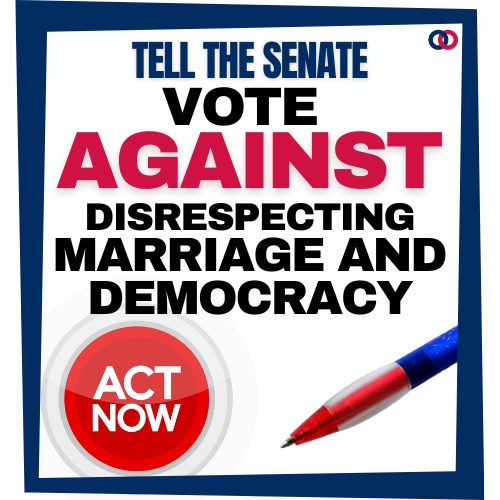