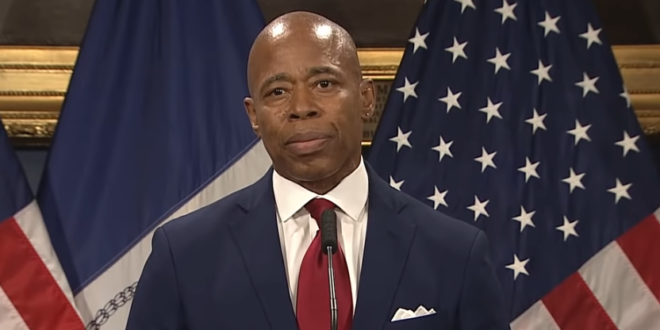 A day after allegations emerged that Bishop Lamor Whitehead bilked a Brooklyn woman out of her life’s savings, Mayor Adams defended his longtime friend on Friday, saying he’d continue to “try to mentor” the flashy preacher.

“The bishop lost his dad — Arthur Miller was his name — during a police incident,” Adams said during an unrelated press conference in the Bronx.

“I have always maintained relationships with people who have gone through traumatic experiences. My goal is to mentor people who go through crisis.”

“The bishop lost his dad … during a police incident … I have always maintained relationships …”https://t.co/I1WlcUuD7a

SCOOP: Bishop Whitehead—the Brooklyn pastor robbed at gunpoint of $1 million worth of jewelry mid-sermon—is facing a lawsuit for allegedly fleecing a 56 year-old congregant of $90,000, her entire life savings.

He’s a friend of @NYCMayor.