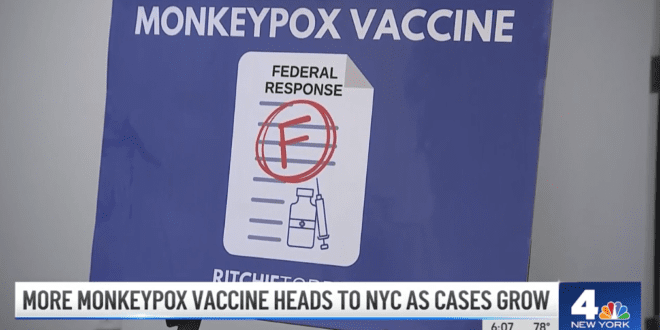 Officials are scrambling to contain monkeypox in New York City, which finds itself the epicenter of another major public health crisis as the latest batch of reported cases keeps the Big Apple out ahead of all other state counts. The city’s department of health reported 618 positive cases on Monday, an increase of 34% since its Friday report, just one day after three mass vaccination sites opened for one day in the Bronx, Brooklyn and Queens.

Meanwhile, the city’s health commissioner over the weekend classified the outbreak as a pandemic. He toured the mass vaccination site in the Bronx where he addressed the early hiccups of the city’s outbreak response and described its hurdles “fighting two pandemics at once.” Gov. Kathy Hochul said Friday that another 32,000 doses from the federal government will be heading to New York and the city starting next week.