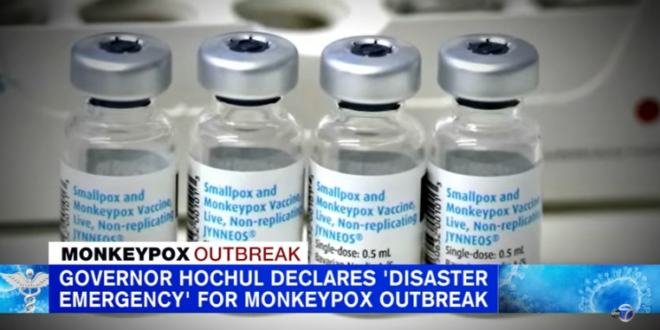 Governor Kathy Hochul has declared a ‘disaster emergency’ in the State of New York in response to the monkeypox outbreak.

“After reviewing the latest data on the monkeypox outbreak in New York State, I am declaring a State Disaster Emergency to strengthen our aggressive ongoing efforts to confront this outbreak,” Governor Hochul said.

“More than one in four monkeypox cases in this country are in New York State, and we need to utilize every tool in our arsenal as we respond,” said Hochul.

Gov. Hochul, noting that New York state is now home to more than 25% of U.S. monkeypox cases, has declared a state disaster emergency to secure additional vaccines and slow the spread of the virus.https://t.co/TARjYChbKe